Is Poland the mine of tennis diamonds?

Polish tennis is definitely in the process of rebirth and fast development. Polish players? latest results at Wimbledon signal that something good and interesting has been happening. Thanks to these players the way of thinking about tennis has been changing in the country situated in the Central Europe, and it’s not only the matter that generally speaking tennis has been almost always treated as a posh sport available only to rich people. The attitude towards this sport has been changing; the message that gates should be opened also for those from different parts of society has been received.

Let me give you few numbers. There are approximately 300 tennis clubs in Poland, private as well as those funded by the local government; there are about 5000 courts and about 250.000 tennis players at various levels of playing. In comparison to other European countries it?s not so much. For example in Germany or France there are about 4 million people playing and 50000 courts. And last but not least, or even the most important, is the budget of Polish Tennis Association (PZT) seems to be grotesque in comparison to LTA or FFT.

Even though, since the greatest names of Polish tennis – Jadwiga Jedrzejowska (Wimbledon finalist 1937) or Wojtek Fibak (great doubles player, Wimbledon quarterfinalist 1980) the results of polish players are very optimistic for the future and the climate for making tennis bigger and stronger in Poland is in the right time. Some call it tennis boom. 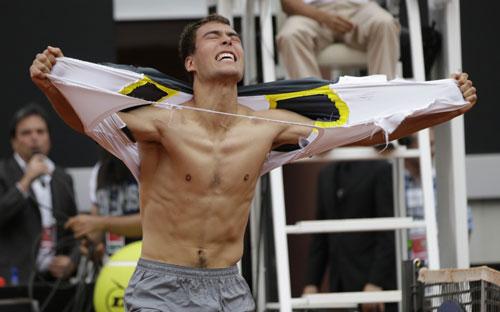 Jerzy Janowicz aged 22, first tennis racquet he was given when he was 1,5 years old. JJ reached semifinal in Wimbledon this year, after his well performance in Paris Bercy from last year his situation with sponsors and problem with funds has changed. Now he cooperates with Atlas, Babolat, Adidas and Peugeot. Moreover Lagardere Unlimited took him under their interests.

„He is a scary guy to play with” said John McEnroe about new uprising star Jerzy Janowicz. „She plays smart, I like her style” said couple of tennis commentators about Agnieszka Radwanska. Her style is not only appreciated by tennis experts, twice in a row the Pole was awarded WTA Fans Tennis Player of The Year 2011, 2012.

Agnieszka Radwanska and Jerzy Janowicz are now the greatest players of Poland. Aga is now at the top (still ranked #4 on the WTA) and JJ is considered the uprising star with the great future. Toni Nadal estimated his potential as a future number one player in the world. Jim Courier predicts his spot definitely for top 5. Roger Federer’s father – Robert after the match with his son in Rome said that Jerzy was the most interesting player of the new generation. There are also other interesting players who are now in the spotlight as Tomic, Paire, Dimitrov, Raonic, Nishikori as well as Goffin, Delbonis, Harrison or Klizan.

The serious buzz started when Aga reached the final in Wimbledon last year and then Jerzy sensationally advanced to the final in Paris Bercy in November. Most observers were shocked, never seen him before, never heard about him previously

The Big Guy eliminated Murray, Simon, Cilic, Tipsarevic, Kohlschreiber and it was the first turning point in his career. The second breakthrough for JJ and also the time when tennis buzz in Poland became stronger was Wimbledon this year. Poland was the only country having three players in quarterfinal (Aga, Jerzy, Lukasz Kubot) and two semifinalist.

The Heros went back to the country to meet with President Bronislaw Komorowski and to be awarded Gold Cross of Merit (Aga) and Silver Cross of Merit (Jerzy, Lukasz). Then both gentlemen accompanied by the President of Polish Tennis Association Krzysztof Suski met with Polish Minister of Sport and Tourism Joanna Mucha to discuss the most important issues and improvements in tennis to help the discipline progress in the next few years. 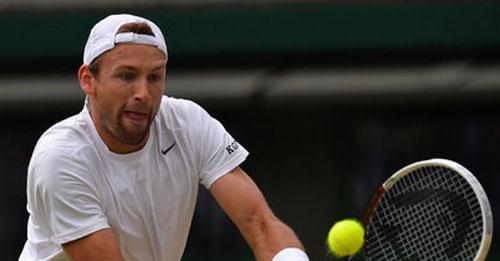 Lukasz Kubot for many years was polish number one tennis player. His style of play „serve&volley” is still attractive for the older fans. Most of the year he spend in Prague where he trains with his coaches Jan Stoces and Ivan Machytka. He is appreciated doubles partner, playing for example with Oliver Marach, Florian Mayer, David Marrero, Janko Tipsarevic and Jeremy Chardy in his carrer. He is well-known of his dance called „can-can” after winning match – it’s a result of a bet with his coach which he does with pleasure.

Poland as a team has a chance to advance in the World Group of Davis Cup competition for the first time in the history. Beating Madagascar, Belarus, Estonia and Republic of South Africa Poles will play in play-off in September against Australia captained by Pat Rafter. This clash of both teams has been widely advertised in sport’s media in Poland. 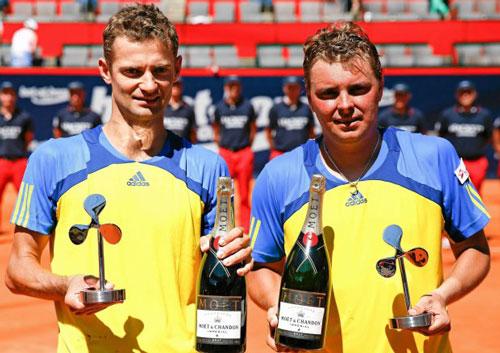 Polish duo Mariusz Fyrstenberg/Marcin Matkowski so far has 14 titles in ATP Tour, they qualified five times to ATP World Tour Finals reached final of this event in 2011. The biggest success is semifinal in Aussie Open 2006 and final of US Open 2011. Lately the polish duo took the trophy in ATP 500 tournament in Hamburg playing the whole competition in good-looking, effective and well style.

Marcin Matkowski (32) and Mariusz Fyrstenberg (33) created together fine doubles team. The experienced duo was close to achieve their first Grand Slam title in US Open. They have qualified couple of times to the „best eight” ending season competition while Matkowski with Kveta Peschke were one step from getting the crown in mixed doubles also in Flushing Meadows. The second good Polish pair is Tomasz Bednarek and Mateusz Kowalczyk winning lately the title in Braunschweig and reaching final in Stuttgart. Five Polish players are ranked now in top 100 of doubles. 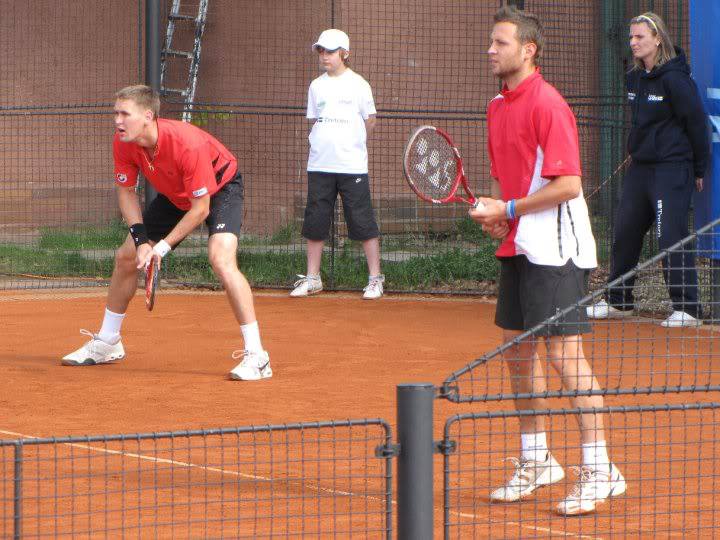 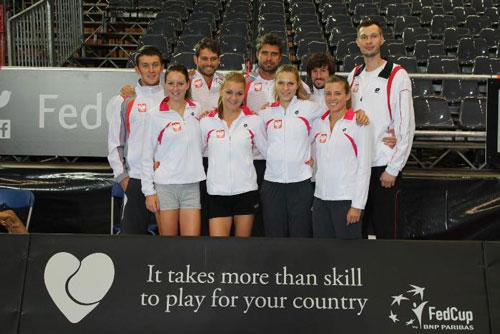 The younger sister – Urszula Radwanska born in Germany is getting better in the course of time. Even sometimes she cannot stand the shape for two good matches from her side she already beaten the girls like Ivanovic, Schiavone, Cibulkova, Venus Williams and others. Some say she will be in top15 in the next few years.

There are many players representing other countries who have a Polish origin. Caroline Wozniacki and Angelique Kerber – they even own Tennis Academies in Poland and they travel there very often to train. There are also other players with Polish roots like Alexandra Wozniak and Filip Peliwo representing Canada or even Samantha Stosur (her grandfather was Polish).

Many Polish junior players have achieved great results over the years. Aleksandra Olsza won junior Wimbledon while Magdalena Grzybowska triumphed in Australian Open. Grzegorz Panfil and Marcin Gawron reached finals of Australian Open and Wimbledon. Unfortunately after relatively good junior career they never emerged as top professional players but Panfil and Gawron are still in the game looking for opportunities to get the ranking higher in lower ranked tournaments.

There are not many professional tournaments in Poland. The exceptions are two ATP Challengers. There is one in Poznan and one in Szczecin. This year started WTA international event in Katowice with success of Italian Roberta Vinci. In the past there were also few other tennis events – the challenger in Sopot (last edition in 2011 won by Frenchman Eric Prodon), WTA tournament in Warsaw (last two editions 2009, 2010 won by Romanian Alexandra Dulgheru) and ATP tournament in Wroclaw. Sopot was the start of great tennis career for young Rafa Nadal.

Polish Tennis Association (PZT) is trying its best to make the sport more popular, introducing tennis in schools, familiarising school educators with programs of International Tennis Federation like MiniTennis, Tennis10 or TennisXpress. „One of the most important things for us is to create the tennis centers with all-season halls and take advantage of its functionality” said Wojciech Andrzejewski from PZT. The Ministry in cooperation with PZT is looking for the opportunities to introduce tennis into „Orlik” fields – the program created couple of years ago to address football (soccer) needs in the country. 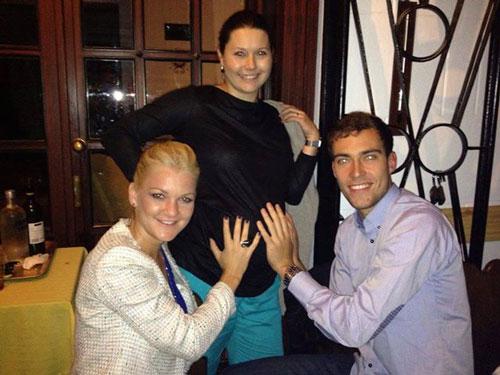 The former Roland Garros mixed doubles finalist Klaudia Jans Ignacik is expecting the baby in August. Here the blessing of Aga Radwanska and Jerzy Janowicz. Probably the new tennis player will be growing up.

Polish tennis has now its big moment and a big chance to work out the system of tennis education for the next generation of players as well as its chance to become the most popular ever in the history in the years to come. Even though the countries like Czech Republic, Germany, Spain, France, Italy are still ahead and the tradition of upbringing tennis players and education is much more developed, there is no doubt that Polish tennis exists on the tennis map of the world.