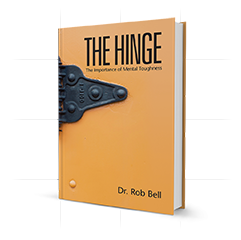 „Nothing is more important than this day.” – Goethe

On Januray, 24, 1995, during the Quarterfinals of the Australian Open, two heavyweights, Pete Sampras and Jim Currier, faced off.

Currier won the first two sets and Pete battled back to win the next two sets. During the fifth set, Sampras became obviously emotional, crying during a serve. Later, we learned that Tim Gullikson, Pete Sampras? coach and friend, had a brain tumor.

Jim Currier saw what was going on and offered an olive branch that turned into a weapon. He asked Pete during his serve, „You okay, Pete, we can do this tomorrow, you know?” 47

Pete Sampras took the remark as sarcasm by Currier and used it to his advantage. He said, „It kind of woke me up to be like, „OK, let’s focus”.” Pete Sampras ended up winning the match.

————————–
Mental toughness is a focus only on the task at hand. This shot, this point, this day? The more we can center only on one shot at a time, the better we will accomplish it. Can you achieve a relentless type of focus?