Tennis was introduced to New Zealand in the 1870?s, soon after the modern form of the game was invented in England.

The first New Zealand Tennis Championships were played at Farndon in Hawkes Bay in 1886.

Maori participation in tennis began soon after, with many Maori playing at a high standard by the 1890?s. Sir Maui Pomare, the first Maori who qualified as a doctor, won the USA Inter-Varsity Tennis Championships in 1899 while he was studying there. This began a great legacy of Maori participation in tennis, with many players of high caliber emerging over the years, most recently professional players like Kelly Evernden and Leanne Baker, but perhaps the doyenne of Maori tennis is Rua Morrison, who played with great honour in international competitions, and at Wimbledon, in the early days of the professional era..

New Zealand and Australia (as Australasia) were founding members of the International Tennis Federation (ITF) in 1913.

A New Zealander, Anthony Wilding, was Wimbledon Champion in 1910, 1911, 1912 and 1913. He was a pivotal figure in helping Australasia win the Davis Cup in 1907, and hold it until 1911. He died New Zealand Lawn Tennis Association played a significant role in the origin of the Australian Open. Lawn Tennis Association of Australasia created the tournament called The Australasian Mens Championships (which later became Australian Open) in 1905 and was first played in Warehouseman’s Cricket Ground and it was decided that the championships would be hosted by both Australian as well as New Zealand venues. New Zealand hosted the championship twice? Christchurch (1906) and Hastings (1912). The geographical remoteness of both the countries (Australia and New Zealand) made it difficult for foreign players to entered the tournament. In Christchurch in 1906, of a small field of 10 players, only two Australians attended, and the tournament was won by a New Zealander Tony Wilding in the First World War in 1915. 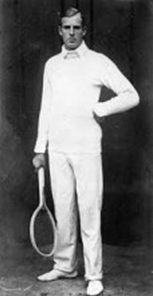 Currently the only New Zealand player in the worlds top 100 is Marina Erakovic who is in the top 50 in singles and doubles.

New Zealand hosts both a men’s ATP event the „Heineken Open” and a women’s WTA event the „ASB Classic” in early January each year that are very popular lead in events for the Australian Open.

There are almost 500 clubs and more than 300,000 people play tennis in New Zealand, making it the country’s second most popular adult participation sport.

Author of the article: Lan Bale