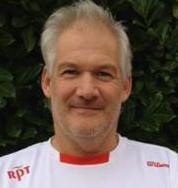 Jan Stanski: What was the genesis of RPT and what was the reason you decided to set up the tennis coaches organization?

Adrian Rattenbury: The RPT was established 25 years ago having identified there was a need for coaches and employers to have a standardised training method and certification programme which met the needs of the employer and the knowledge for the coach. At the time the Founders of the RPT were managing a number of tennis facilities, clubs and coaches in Europe and realised that it was very difficult to manage and monitor the success of the coaching programme as the coaches did not have a standard teaching method or an agreed system. As such the experience and opportunity for the players varied greatly between club and coach. It was based on this experience that it was decided that there should be a coaching method and system which could be used by coaches that provided a recognised level of quality and the experience for the players was of a high and consistent standard

How many coaches belong to RPT and what kind of programs you offer for the participants?

The RPT have trained over 50,000 coaches and tennis teachers worldwide and currently have around 18,500 members in 121 countries. We offer a whole. We have delivered almost 4,000 courses and through our promotional programmes have involved around ? million people on our activities.

We offer a whole range of certification courses from the basic introduction to coaching through the Advanced Coaching, Competition Course and the Tennis Directors Course. The most intensive and highest level course is the World Tour Course which introduces existing coaches to all levels of the RPT programme in 3 intensive days of training. In addition to the certification courses we offer a whole series of one day Professional Development Courses, tournaments for Juniors, Conferences, Symposiums and online training using our Web Educational System providing thousands of hours of training online.

What is the clue that RPT courses are useful for participants?

The RPT has become a global leader dedicated to providing educational programmes and comprehensive services to professional tennis coaches, academies and clubs. All the leading Academies in Spain use RPT coaches including the Sanchez-Casal and Ferrero Academies who also use RPT trained coaches in their International Academies outside Spain. The courses all cover various levels of the Successful Spanish Systems which guarantees the coach will have a new set of teaching and coaching tools to help them develop their programmes and players.

What is the RPT mission and what are the long-term goals for the organization?

The RPT?s aim is to offer training, education and support to and develop better people for a better world through tennis. Our long term goals are to become even more internationally successful. We have a wide influence in Europe and established an office a number of years ago to cover the Latin American market. Earlier this year we opened a US office for the first time ever based the Sanchez-Casal Academy in Florida. In 2013 we entered the Indian market and this will continue to develop over the next few years with a number of tours and programmes throughout the country. The China market will be managed by our office in China which will open towards the end of 2014 and will be based at the new Ferrero Academy in China and close to Hong Kong. South East Asia will also see further development with an office being developed in Singapore. These are very exciting times for the RPT?s international growth.

What do you think about tennis coaching up-to-date? How the style of coaching have changed over the years?

Tennis is forever changing. When I first started coaching over 30 years ago there was only one grip and topspin didn?t really exist. Serve and Volley was the norm and grass courts outnumbered acrylic courts. Now we have a whole range of grips, styles and techniques, topspin is king and serve and volley is almost a lost art. The introduction of sports science has added a whole new side to coaching that simply didn?t exist and the development of slow motion video has given us the opportunity to analyse a player in the most intricate detail never previously possible. The game will continue to evolve as the players will always need to find new ways to win and as such will create new styles, new techniques, new ideas and we as coaches will then work out how to teach them to the next generation of players.

Great. Thank you for the interview. It was really nice to having you on.

Born in England started playing tennis at the age of 7 and now has more than 30 years in the tennis coaching industry. Adrian is the President of the RPT Europe and Africa and was responsible for setting up the RPT in Asia.

He was Davis Cup Coach for the UAE National Team becoming the 1st National Coach in the UAE to train an International Championship Winning Team and to produce Junior World Ranked Players. Coach for 18 Davis Cup Ties and over 30 International Matches including winning the Junior Gulf Championships. Adrian also represented Great Britain and the UAE as non-playing captain in Junior World Ranking events throughout Europe, Africa and the Middle East.

With 30 years of successful corporate sponsorship contracts and agreements Adrian became the first coach offered a contract by Nike in the UK.

He successfully created, manages and developed 4 limited companies, a partnership and sole trader businesses over the past 25 years and was the ATP Director of Programmes overseeing the ATP Tennis Camps throughout the world. Developing the coaching programme, course content, training coaches and the management of the ATP image.

The tennis legends: Pete Sampras ? lord of the grass courts