THE DIFFICULTIES IN CONTROLLING EMOTIONS ON COURT 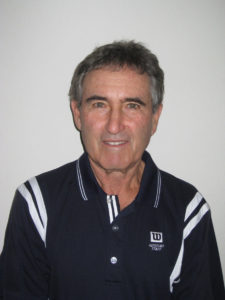 Coaches are often frustrated when their players blow matches they should win simply because they become angry, discouraged or lose focus and forget that the object of the game is to win the match. It is mind-boggling because everybody above the age of three knows that these self-destructive emotions make players lose. Of course coaches discuss with their players the obvious need for emotional control, but despite their understanding of consequences, their promises of restraint, and their determination, next time out, to eschew the negative emotions that sabotage their play, they are rarely able to do it.

They often start out in command of their emotions, but later, after an hour of heated competition and missed opportunities, their destructive emotions again rear their ugly heads. Promises are forgotten, choice expletives erupt or heads droop. Why? Aren’t we intelligent creatures? Can’t we foresee that this behavior will lead to the inevitable debacle? Of course we can, but at that moment, we don’t care. Satisfying our emotional needs take precedence over our intelligent determination to win the match. So we allow our emotions to run, and we lose. Understanding why this sequence of events is so difficult to change requires a deeper look at the relationship between our intelligent minds and our emotional systems.

We think our intelligent brains are driving our ships because we use them all of our waking hours to think and plan. We know we have an emotional system that interferes occasionally, but we believe, because we are the smartest creatures on the planet, that it?s secondary to our intelligence. In reality it’s quite the opposite.

Emotions are the behind-the-scenes drivers of almost all of our behaviors. They set the direction, and the intelligent, thinking parts of our brains are simply tools, like our hands and feet, that are used to satisfy the needs of our emotional systems (as well, of course, as our basic physiological needs). Much of this was genetically hard-wired thousands of years ago when we lived in primitive, small tribes because of its survival value. For example, we are emotionally programmed to love our children, so our intelligent minds go to work keeping their hands away from hot stoves, getting them good educations, and making sure they wear sweaters on cold nights. And of course this love helped keep our genes in the gene pool.

Another example involves our social nature. Like all social creatures, we have a social hierarchy and we’re emotionally driven to occupy a high position relative to our fellows. Other creatures (and, in all probability, our ancient ancestors too) usually achieve it by winning fights, which is what a tennis match is, other than you can’t hit your opponent. High ranking would have been adaptive because it would have provided better access to food, territory and mates – all of which are positive for moving genes into future generations. So our emotional systems are programmed to feel it’s important to win fights (and tennis matches). These emotions and a host of others, arising both genetically and from experience, are constantly operating in the background of our minds, driving our logical brains towards their satisfaction.

Unfortunately, nature designed our emotional systems for short fights, not tennis matches where we have to exert fine motor control under stress for hours on end. So our emotional drives in competitive matches are mostly counterproductive. For example, players are emotionally driven to reduce high and unpleasant stress when they are losing by tanking or rationalizing. (ie. They may claim they don’t care if they win.) And like any normal 2-year old, they react to frustration with anger.

All of this is normal. In fact the players that don’t do this – the great champions – are the abnormal people. In order to control these normal emotions players must act contrary to their natures and dominate them with their intelligent minds (rather than the other way around). This is difficult and takes constant effort because it is, in a sense, like swimming upstream. It’s unnatural and requires continual vigilance because our normal emotional natures are always at work. They urge us to react to the stresses, frustrations, and the disappointments of competitive matches by flinging our rackets when we miss, quitting when we are behind, and making excuses when we lose.

Overpowering these normal emotions with our intelligent brain is more difficult than it appears. It takes high motivation, determination and constant vigilance. It is hard to do for long periods of time and particularly when you become physically or mentally tired. It should come as no surprise that most players cannot do it for an entire match, and certainly not every match. But it’s worth the effort, and difficult as it may be, it’s better than losing.